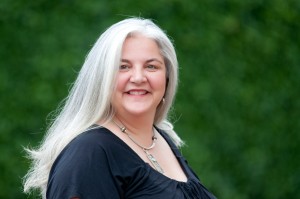 I live in Oregon, wife of one husband, mother of two sons, and servant of a cat.

I’ve loved fantasy and science fiction from my earliest breath. At the tender age of nine I deliberately cut my finger with a knife so that I could delay dishwashing long enough to watch this new show called Star Trek. It was the episode where Charlie erased people’s faces. I had nightmares for weeks.

During the day I stay busy as a certified lymphedema therapist, working to relieve chronic pain, and helping people recover from cancer treatments.

In my writing, I use words to explore the pain common to us all, and to bring adventure, laughter and a sense of belonging.

I have won awards in several contests, and have short stories published in speculative and literary anthologies. I am currently in the editing phase of my science fiction manuscript, and starting the rough draft on an alternate history fantasy. 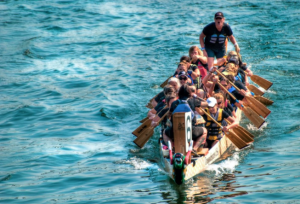 When not helping people get well through either touch or words, I can be found on a dragon boat. If not for Covid-19, I would have been in my tenth season of paddling on a women’s competitive team named the Unsinkables.

May we all be paddling again, soon.

A taste of what my writing is all about… 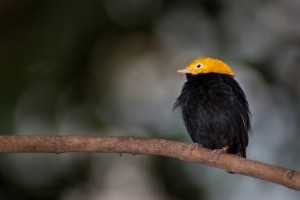 A sharp note sounded. It pierced the air, hovered for a moment and was gone. Cera sat up and looked back at the ship. “What was that?”

Kit pointed at a nearby tree. A small bird perched on one of the branches. It had black wings, a brown head and dash of red on its crown.

The bird cocked its head and looked at them with tiny, round eyes. Then it went into a ritual display, head down and tail up. Wings overlapped behind the feathered back.

The note sounded a second time. The bird straightened up, ruffled its feathers and regarded them again.

“What a strange song. I’ve never seen a bird like that before.” A wistful note lingered in Cera’s voice. An echo of her father’s laugh played in her memory. Little bird, he had called her. She squashed the thought and dismissed it from her mind. The man had been a thief, a coward, and had only thought of himself. He didn’t deserve to be remembered.

Kit smiled. “It was called a manakin when the species lived on Earth. It’s nice to see they still exist somewhere.”

The bird tipped forward again and fanned its’ wings. The note came in a series of short bursts.

“Why does it turn upside down to sing?” Cera asked. “It seems as if it would be awkward.”

Kit shook his head. “Manakins make music in a different way than most birds do. They don’t have a voice, so they rub their feathers against each other. It’s kind of like playing a violin.”

Cera stared thoughtfully at the small creature. A feeling of kinship flickered. She had lost her smile, her confidence and her voice when her father was imprisoned. Maybe on this alien planet she would be like the manakin, and learn a different way to sing.

Excerpt from the unpublished novel, A Distant Song